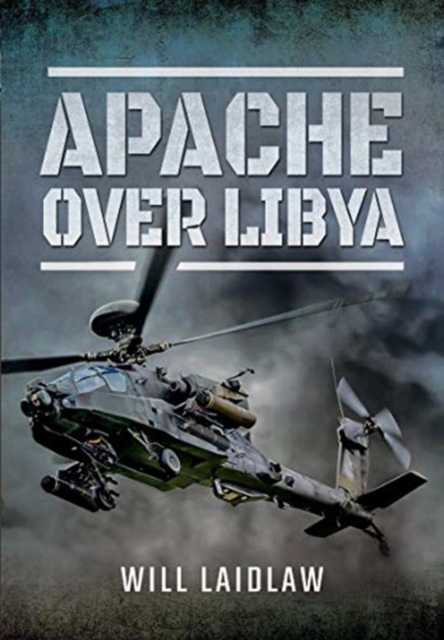 In May 2011 after a Mediterranean exercise to prove the Apaches ability to work ship-borne, HMS Ocean and her embarked Apache attack helicopters from 656 Squadron, Army Air Corps were about to head home.

But the civil war in Libya and the NATO air campaign intervened. A few days later the Author and his fellow Apache pilots and crewmen were in action at night over hostile territory.

In range to Gaddafis capable air and land forces once in sight of the coast, they had to fight their way into Libya, complete their mission, evading lethal ground fire, before the hazardous return to Ocean. Depite Libyas state-of-the-art arsenal of ground-to-air weapons, the Apaches made nightly raids at ultra low-level behind enemy lines. Apache Over Libya describes the experiences of eight Army and two Royal Navy pilots who played a significant role in the NATO led campaign.

Despite fighting the best armed enemy British aircrew have faced in generations, they defied the odds and survived.

Thrilling first hand action accounts vividly convey what it means to fly the Apache in combat at sea and over enemy-held terrain.

An unforgettable and unique account which gives a rare insight into attack helicopter operations in war.