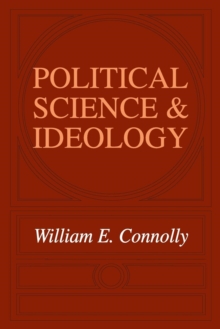 Professor David Kettler commented at the time of initial release, that this book is "writing with great poise and clarity, the author says important things in a deceptively simple way about a problem of paramount significance.

A fine piece of clarification, blending just the right mixture of respect and impiety toward the important heroes of contemporary political science, this is the kind of book I look forward to having available for our courses in political theory."Ideology, though long pronounced moribund, continues to play a central role in contemporary political inquiry.

In this reevaluation of the true function of political science, the author lays down guidelines for the construction of fruitful political interpretations in the large areas where ideological assumptions and claims cannot be adequately tested.

He analyzes two representative theories of power in American society-those of the "pluralists" who affirm and the "elitists" who dispute the case for democracy-and demonstrates how personal preferences and group-oriented interests enter into the development of these concepts.

Speaking to all social scientists and students engaged in the study of political processes, Connolly details the methods by which the investigator-who inevitably brings his own beliefs and values to the task-can lay bare and control the ideological aspects of his own work and that of others. A critical examination of the writings of some of the leading figures in recent and contemporary political inquiry, such as Karl Mannheim, C.

Wright Mills, Robert Dahl, Daniel Bell, and Seymour Martin Lipset leads him to assign a decisive role for the political scientist in the creation of carefully formulated ideologies.

An original mind, drawing upon an exceptionally rich store of knowledge, has here produced an important book which will be of immediate-and challenging-relevance to the work and studies of all scholars, graduate students, and majors in the field of government and to all concerned with fundamental problems in social science. William E. Connolly was Professor of Political Science at Ohio University.

He has held a Horace Rackham Graduate Fellowship and has taught at the University of Michigan, where he received his undergraduate and graduate training in political and social science.

He is currently Krieger-Eisenhower Professor of Political Science at John Hopkins University.

Also by William Connolly   |  View all 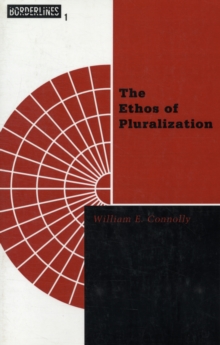 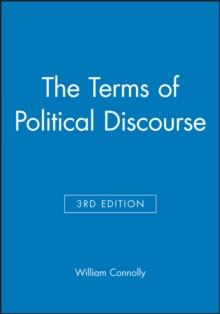 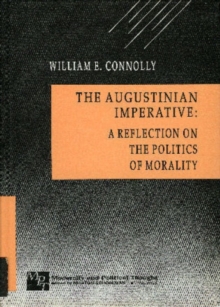 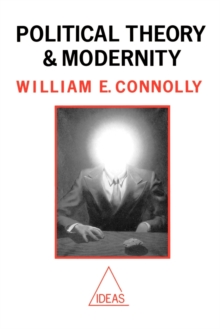