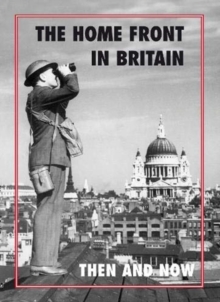 The Home Front in Britain Then and Now Hardback

by Winston and Gail Ramsey

For nigh-on half a century, After the Battle has been exploring and photographing the battlefields of the SecondWorld War, but now it is time to look at events nearer to home. Following the fall of France in June 1940, Britain stood alone against Germany until the first American soldiers began arriving in Britain in January 1942.

At that time the only active `Battle Front' was in North Africa, yet the Home Front played a vital role in preparing a secure base for the eventual liberation of Europe. The Home Front has been described in many ways but this volume offers a snapshot of life in Britain during 1939 to 1945,illustrated with many `then and now' comparison photos.