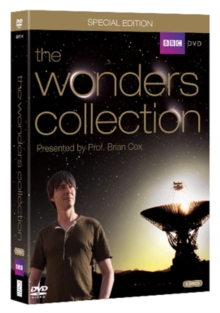 Two BBC documentary science series presented by physicist Brian Cox. 'Wonders of the Solar System' (2010) focuses on such phenomena as Saturn's rings, the solar flares of the Sun and the deserts of Mars to demonstrate how the forces that shaped our world are also responsible for creating some of the most breathtaking sights in our solar system.

In the follow-up series, 'Wonders of the Universe' (2011), Cox continues his exploration of the universe and its effect on human life.

Vast, complex and almost infinite, the universe has been the subject of human fascination and scientific exploration for thousands of years.

Its properties can seem impossible to grasp, but this series uses the evidence found in the natural world around us to explain the fundamental principles that underpin the laws of nature such as light, gravity, matter and time.