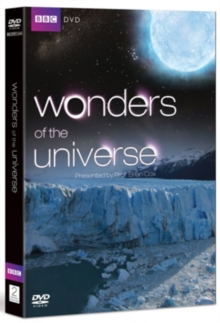 Wonders of the Universe DVD

Following on from his 2010 BBC series 'Wonders of the Solar System', physicist Brian Cox presents this exploration of the universe and its effect on human life.

Vast, complex and almost infinite, the universe has been the subject of human fascination and scientific exploration for thousands of years.

Its properties can seem impossible to grasp, but this series uses the evidence found in the natural world around us to explain the fundamental principles that underpin the laws of nature such as light, gravity, matter and time.