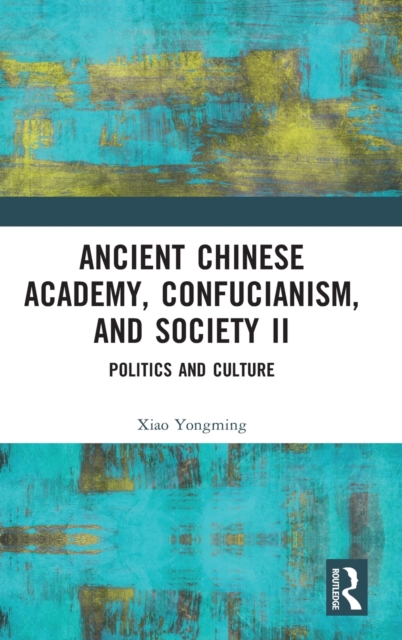 As the second volume of a two-volume set that studies the ancient Chinese academy from a socio-cultural perspective, this title investigates the multifaceted roles and political and cultural significance of the academy. Inaugurated in the Tang dynasty and eventually abolished in the late Qing dynasty, the academy, as a unique cultural and educational organization in the Chinese history, exerted extensive and profound influences on the ancient Chinese culture, politics, and social life.

This title first discusses the state control of the academy and how it functions in social governance; then examines the sacrificial ritual of the academy and its influence on education, enculturation, Confucian orthodoxy, and intellectual ethos; finally elaborates its role in enriching the regional cultures in terms of local cultural undertakings and talents cultivation. The title will be a useful reference for scholars, students and general readers interested in cultural history, intellectual history, and educational history of ancient China, and especially the Chinese academy culture.