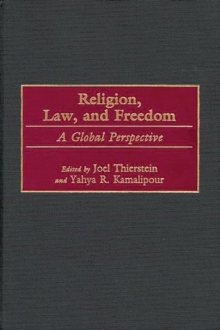 Religion, Law, and Freedom: A Global Perspective introduces readers to diverse perspectives on the interplay of religion, law, and communications freedom in different cultures around the world.

Through discussion and analysis of the religious mores and cultural values that a nation adheres to, a greater understanding of that nation, its laws, and its freedoms can be cultivated.

Rather than suggesting that harmony can be achieved without conflict, the essays in this volume seek to present the reader with a variety of perspectives from which to view and understand the relationships among religion, law, and freedom in various cultures.

This multifaceted analysis, therefore, helps readers draw their own conclusions as to the best way to resolve cultural conflict brought about by the growing global community. The book consists of fifteen chapters, authored or coauthored by 17 international scholars representing China, Germany, Israel, Iran, Japan, Latvia, Nigeria, Singapore, the United Kingdom, and the United States.

The chapters are organized into four parts: Perspectives on Eastern and Western Religions; Press Freedom in Religious and Secular Societies; Journalism, Advertising, and Ethical Issues; and Religion, Politics, Media, and Human Rights. 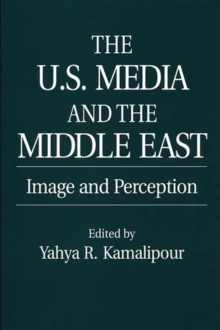 The U.S. Media and the Middle East