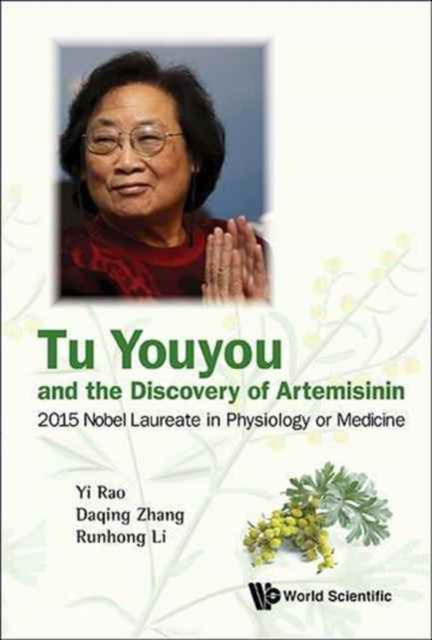 Tu Youyou And The Discovery Of Artemisinin: 2015 Nobel Laureate In Physiology Or Medicine Hardback

Nobel laureate Tu Youyou won the 2015 prize for Medicine/Physiology for the discovery of artemisinin, a drug therapy for malaria that has saved millions across the globe.This book traces the path of discovery beginning with Chairman Mao's 1964 instruction to Chinese researchers to find a cure for malaria, a disease that plagued the military and civilians alike in endemic regions.

It chronicles the years of painstaking research to find effective anti-malarial drugs, and how an entry in a collection of traditional Chinese medicine prescriptions gave Tu Youyou the clue which led her to successfully extract artemisinin from the plant, Artemisia annua.Gathering together information from a variety of sources including first-hand accounts, this book describes the contributions of the many organisations, scientists, doctors and countless others who played a part in the process of discovery and clinical testing.

It also provides insights into the challenges of carrying out such an extensive research project with limited resources during the upheavals of the Cultural Revolution.