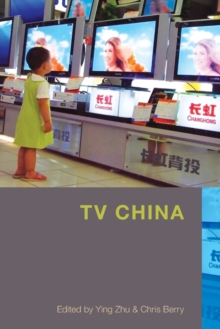 If radio and film were the emblematic media of the Maoist era, television has rapidly established itself as the medium of the "marketized" China and in the diaspora.

In less than two decades, television has become the dominant medium across the Chinese cultural world.

TV China is the first anthology in English on this phenomenon.

Covering the People's Republic, Hong Kong, Taiwan, and the Chinese diaspora, these 12 original essays introduce and analyze the Chinese television industry, its programming, the policies shaping it, and its audiences.