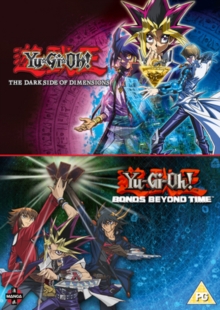 Yu-Gi-Oh!: Bonds Beyond Time/Dark Side of Dimensions DVD

After falling through a time-slip, Yusei Fudo (voice of Greg Abbey) joins forces with Judai Yuki (Matthew Charles) and Yugi Muto (Dan Green) in an attempt to defeat the evil Paradox (Sean Schemmel), who has travelled back in time in an attempt to destroy Pegasus (Darren Dunstan) before he invents Duel Monsters. 'Dark Side of Dimensions' (2016) sees Yugi and Kaiba (Eric Stuart)'s rivalry reignited.

The Millennium Puzzle and Millennium Ring are once again at the heart of an interdimensional conflict played out in the form of Duel Monsters. 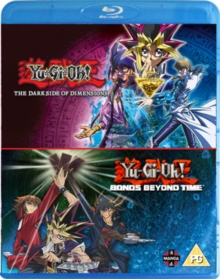 Yu-Gi-Oh!: Bonds Beyond Time/Dark Side... 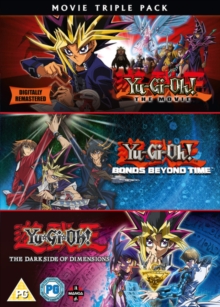 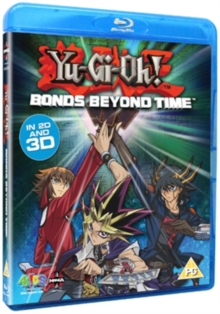