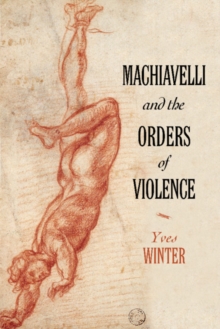 Machiavelli and the Orders of Violence Hardback

In this original interpretation, Yves Winter reconstructs Machiavelli's theory of violence and shows how it challenges moral and metaphysical ideas.

Winter attributes two central theses to Machiavelli: first, violence is not a generic technology of government but a strategy that tends to correlate with inequality and class conflict; and second, violence is best understood not in terms of conventional notions of law enforcement, coercion, or the proverbial 'last resort', but as performance.

Most political violence is effective not because it physically compels another agent who is thus coerced; rather, it produces political effects by appealing to an audience.

As such, this book shows how in Machiavelli's world, violence is designed to be perceived, experienced, remembered, and narrated.