The Discourse of Indirectness : Cues, voices and functions Hardback

Part of the Pragmatics & Beyond New Series series

Indirectness has been a key concept in pragmatic research for over four decades, however the notion as a technical term does not have an agreed-upon definition and remains vague and ambiguous.

In this collection, indirectness is examined as a way of communicating meaning that is inferred from textual, contextual and intertextual meaning units.

Emphasis is placed on the way in which indirectness serves the representation of diverse voices in the text, and this is examined through three main prisms: (1) the inferential view focuses on textual and contextual cues from which pragmatic indirect meanings might be inferred; (2) the dialogic-intertextual view focuses on dialogic and intertextual cues according to which different voices (social, ideological, literary etc.) are identified in the text; and (3) the functional view focuses on the pragmatic-rhetorical functions fulfilled by indirectness of both kinds.

Also in the Pragmatics & Beyond New Series series 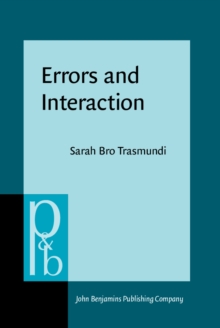 The Pragmatics of Adaptability

The Politics of Person Reference