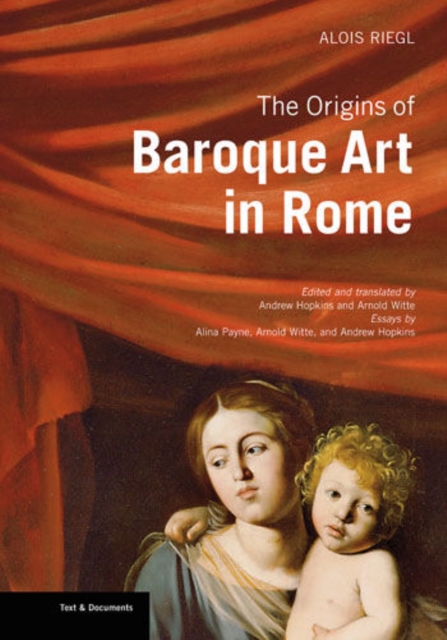 The Origins of Baroque Art in Rome Hardback

Delivered three times between 1898 and 1902 and subsequently revised with an eye towards publication, Alois Riegl's lectures on the origins of Baroque art in Rome broke new ground in its field.

This first English translation brings Riegl's compelling vision of the Baroque to life and amply illustrates his celebrated magnetism as a lecturer.

His text is full of perceptive observations on the most important artists of the period from Michelangelo to Caravaggio.

By taking the spectator into consideration, Riegl identifies a crucial defining change between Renaissance and Baroque art and provides invaluable inspiration for present-day students and readers.

Baroque was born in Italy, and later adopted in France, Germany, Netherlands, and Spain.

The world 'baroque' was first applied to the art of the period from the late 1500s to the late 1700s, by critics in the late nineteenth century.