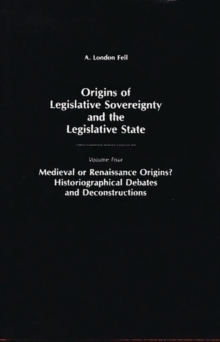 by A. London Fell

This book is the fourth in a projected eight-volume series that addresses the origins and development of the idea of legislative sovereignty and the legislative state.

A. London Fell's study, which traces ideas and contributions from the Renaissance thinker and legal scholar Corasius to the present, has been praised by such scholars as J.

Patterson in The American Political Science Review. In this volume, the focus is on ancient, medieval, and early modern Europe, as Fell charts the overall patterns of historiographical debates in modern discussion on the origins of legislation, public law, sovereignty, and the state. The work begins with a brief introduction, and is followed by six sections that cover the different periods and geographical aspects of the topic from a historiographical perspective.

Section one proceeds chronologically throughout the entire spectrum of early Europe, from the ancient and medieval periods, through the Renaissance and Reformation, to post-sixteenth-century developments.

In each case, the theories that attribute the origins of state to that period are thoroughly examined.

In sections two through six, the study proceeds on a nation-by-nation basis, focusing in each case first on the Middle Ages and then on the Renaissance.

The nations covered include Italy, France, England, Germany, Spain, and the Netherlands.

The study concludes with a summary chapter, followed by a series of supplemental bibliographical essays that serve as an appendix to the first four volumes.

Like the previous volumes in the series, this work is a substantial contribution to the study of jurisprudence and political theory, and will be an important reference source for students and professors of history, law, and political science, as well as philosophy. 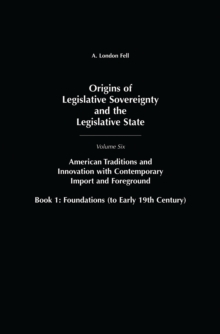 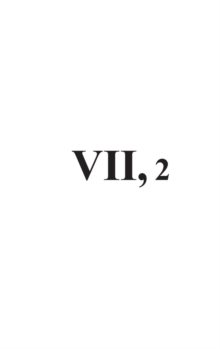 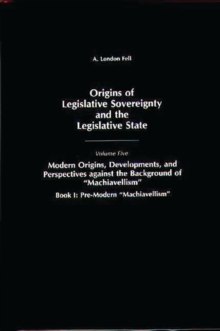 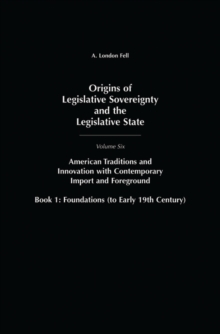