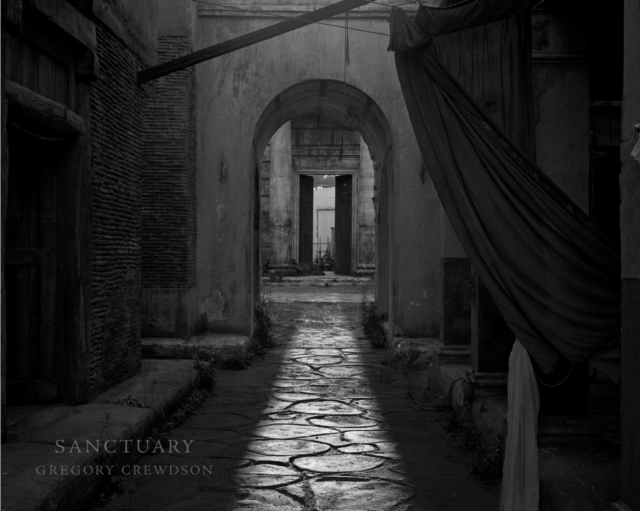 While visiting Rome, world-renowned photographer Gregory Crewdson was invited to tour the legendary film studio Cinecitta, where directors such as Federico Fellini and Roberto Rossellini shot their iconic works.

He found the elaborate film sets fallen into ruin and, captivated by their beauty, chose them as the subject of his next body of work. Although his earlier series were characterised by large production crews, custom-built soundstages and hired actors, Crewdson returned to Rome with only a small team to create the haunting black-and-white portraits of deteriorating buildings and deserted streets that are flawlessly reproduced in this book.

Admirers of Crewdson's work will find these new photographs are a bold departure, which yet convey the dramatic subtext and charged emotions that characterise his earlier works.