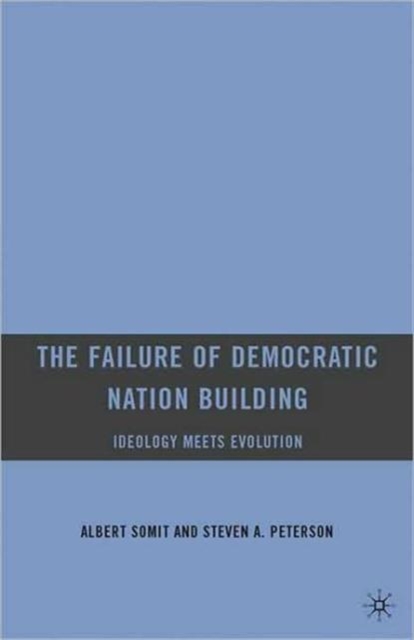 by A. Somit, S. Peterson

Throughout history authoritarian governments have outnumbered democratic ones to an overwhelming degree.

Even today, true democracies are an exception. In this book, Somit and Peterson argue that the main reason for this pattern is that humans are social primates with an innate tendency for hierarchical and authoritarian social and political structures.

Democracy requires very special 'enabling conditions' before it can be supported by a state, conditions that require decades to evolve.

As a result, attempts to export democracy through nation-building to states without these enabling conditions are doomed to failure.

The authors argue that money and energy devoted to nation-building around the globe by the U.S. would be better spent on problems facing the country domestically.