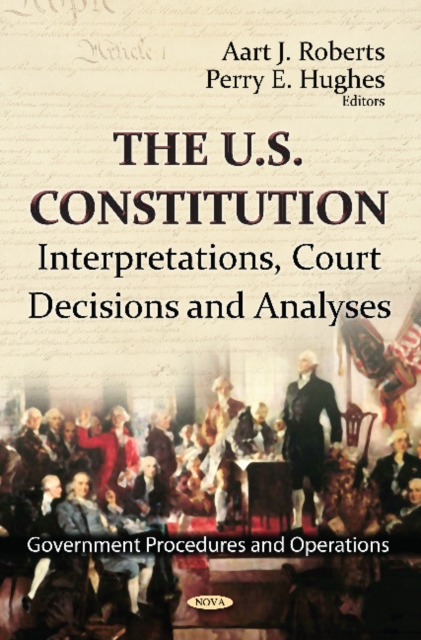 The United States Constitution, as amended, is a complex legal document which sets out the structure of the federal government, the legal authorities of that government (and, to a lesser extent, state governments), and, finally, a series of legal disabilities on the exercise of those authorities (such as protections for individual rights).

The document also addresses the complicated legal relationship between the federal government, state governments, and the persons subject to their respective jurisdictions.

Judicial interpretation of some of the Constitution's provisions, however, has varied over the last two centuries, leading to concerns regarding the ultimate validity of these decisions.

This book examines the historical basis for theories of constitutional interpretation, and the role of judicial precedent and pragmatism.

Also discussed are the theories relating to the identification and justification of heightened constitutional protections for fundamental rights.