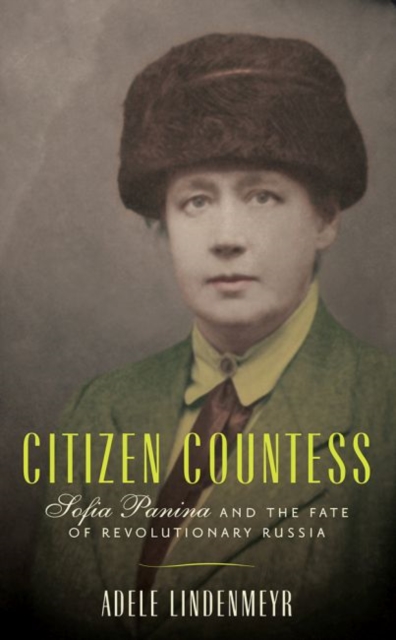 Countess Sofia Panina lived a remarkable life. Born into an aristocratic family in imperial Russia, she found her true calling in improving the lives of urban workers.

Her passion for social service and reputation as the "Red Countess" led her to political prominence after the fall of the Romanovs.

She became the first woman to hold a cabinet position and the first political prisoner tried by the Bolsheviks.

The upheavals of the 1917 Revolution forced her to flee her beloved country, but instead of living a quiet life in exile she devoted the rest of her long life to humanitarian efforts on behalf of fellow refugees. Based on Adele Lindenmeyr's detailed research in dozens of archival collections, Citizen Countess establishes Sofia Panina as an astute eyewitness to and passionate participant in the historical events that shaped her life.

Her experiences shed light on the evolution of the European nobility, women's emancipation and political influence of the time, and the fate of Russian liberalism.