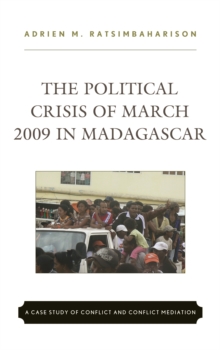 The Political Crisis of March 2009 in Madagascar : A Case Study of Conflict and Conflict Mediation Hardback

Since Independence in 1960, Madagascar has faced several periods of instability and crisis, as well as the threat of civil war.

These periods were cyclical: each time the country made some significant economic and social progress, an unexpected crisis would occur to bring it to a halt.

The book focuses on the crisis of March 2009, showing how a brewing conflict between the government of Marc Ravalomanana and the opposition led by Andry Rajoelina escalated and using it as a case for the study of further crises in Madagascar or other African countries.

The book adopts a conflict approach to the study of crisis.

Instead of focusing on external symptoms (street protests, violence, looting, massacre of protesters, military mutiny, etc.), or condemning it as a "coup d'etat," it analyzes the crisis of March 2009 as part of an ongoing conflict between the government and the opposition.

It uncovers the causal mechanisms of the crisis as well as the process of crisis management and de-escalation, examining such factors as the context of the crisis, the major actors, the triggers, and the management of the crisis by national and international mediators.

In addition, the book explains how a civil war was averted and who benefited as a result of this political crisis. 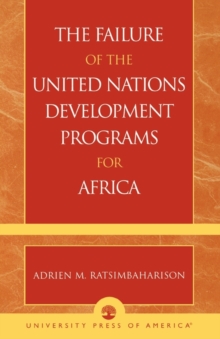 The Failure of the United Nations... 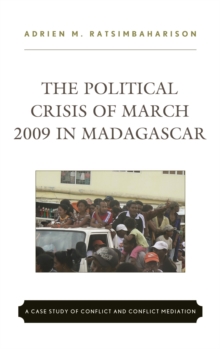