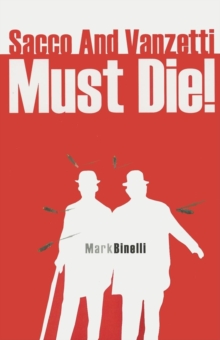 The Nic Sacco and Bart Vanzetti of Sacco and Vanzetti Must Die! are not exactly the infamous anarchists controversially sentenced to death by the United States government.

Instead, in this hilarious first novel, they are silent film stars, slapstick comedians--and this is the story of their rise to fame, from a seedy New York vaudeville club (where they introduce their famous knife-throwing gag) to huge movies and USO tours (where they open, with disastrous results, for Bob Hope).

We see them deliberating about who--one will be fat, the other skinny; one will be contemplative, the other impulsive--they should be.

But slowly--as slapstick becomes a stand-in for anarchic freedom, as the characters grow out of their on-screen roles, and as their careers decline amidst controversy--the fictional Sacco and Vanzetti begin to merge with their namesakes.