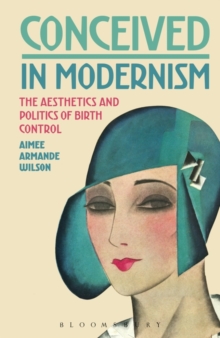 Conceived in Modernism : The Aesthetics and Politics of Birth Control Paperback / softback

Current debates about birth control can be surprisingly volatile, especially given the near-universal use of contraception among American and British women.

Conceived in Modernism: The Aesthetics and Politics of Birth Control offers a new perspective on these debates by demonstrating that the political positions surrounding birth control have roots in literary concerns, specifically those of modernist writers.

Whereas most scholarship treats modernism and birth control activism as parallel, but ultimately separate, movements, Conceived in Modernism shows that they were deeply intertwined.

This book argues not only that literary concerns exerted a lasting influence on the way activists framed the emerging politics of contraception, but that birth control activism helped shape some of modernism's most innovative concepts.

By revealing the presence of literary aesthetics in the discourse surrounding birth control, Conceived in Modernism helps us see this discourse as a variable facet rather than a permanent bulwark of reproductive rights debates.