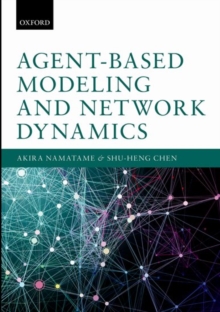 While the significance of networks in various human behavior and activities has a history as long as human's existence, network awareness is a recent scientific phenomenon.

The neologism network science is just one or two decades old. Nevertheless, with this limited time, network thinking has substantially reshaped the recent development in economics, and almost all solutions to real-world problems involve the network element.

It is divided into three parts, namely, foundations, primary dynamics on and of social networks, and applications. The authors begin with the network origin of agent-based models, known as cellular automata, and introduce a number of classic models, such as Schelling's segregation model and Axelrod's spatial game. The essence of the foundation part is the network-based agent-based models in which agents follow network-baseddecision rules.

Under the influence of the substantial progress in network science in late 1990s, these models have been extended from using lattices into using small-world networks, scale-free networks, etc. The text also shows that the modern network science mainly driven by game-theorists andsociophysicists has inspired agent-based social scientists to develop alternative formation algorithms, known as agent-based social networks. It reviews a number of pioneering and representative models in this family. Upon the given foundation, the second part reviews three primary forms of network dynamics, such as diffusions, cascades, and influences. These primary dynamics are further extended and enriched by practical networks in goods-and-service markets, labor markets, andinternational trade. At the end, the book considers two challenging issues using agent-based models of networks: network risks and economic growth.