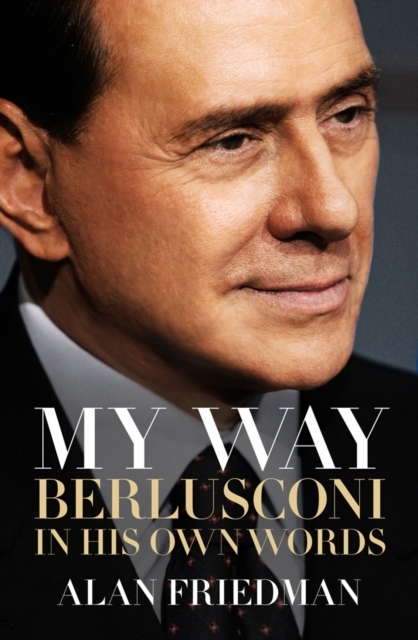 My Way : Berlusconi in His Own Words Hardback

Inspired by the Frost/Nixon interviews and Walter Isaacson's author-subject relationship with Steve Jobs, Alan Friedman tells the story of Silvio Berlusconi, who has cooperated with the bestselling author and award-winning journalist in the telling of his life story - warts and all.

From the bunga-bunga parties to his most secret moments with world leaders, the book is rich in anecdotes and revelations involving Barack Obama, Hillary Clinton, Geroge W.

Bush, Vladimir Putin, Mikhail Gorbachev, Tony Blair, Nicolas Sarkozy, Angela Merkel and many others. Starting from the bottom in his incredible rise to power, Berlusconi was a cruise-ship crooner as a young man, became a real estate tycoon in the '70s, started the first commercial television network in history, and turned AC Milan into a world-class soccer club. And that was all before he entered and survived the squalid swampland of Italian politics, becoming the longest-serving Italian Prime Minister in history, and generating, arguably, the most controversy of any world leader today.