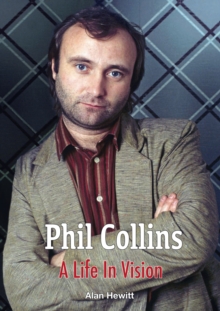 The life of Phil Collins has been full of twists and turns.

From the start of his career child acting, no one at the time could have foreseen that he would have gone on to becoming one of the most successful and well-known names in the music world. His earliest musical foray with late sixties band Flaming Youth went largely unnoticed but from the moment he joined fledgling progressive rockers Genesis in 1970 Collins' career was on an upward curve that exceeded all expectations. As a drummer with immense feel he soon started to gain recognition in the early seventies, and on the odd occasion that he got to sing on a Genesis record, he also showed that he was a useful vocalist as well. Following Peter Gabriel's departure in 1975, Phil slotted in perfectly as Genesis frontman and helped to catapult the band to greater commercial success.

By 1981, with Genesis riding the crest of a wave, Collins' career took another giant leap forward when he branched out with his first solo release.

Both the album, Face Value, and the single 'In The Air Tonight' were the springboard for a dual career as both a solo artist and within Genesis. From this point forward Phil Collins career became a whirlwind of concerts and recordings that also saw him working alongside many other big names in the business as he helped to shape albums by the likes of Abba's Anni-Frid Lyngstad and Led Zeppelin's Robert Plant. By the mid-eighties Phil Collins had become one of the biggest artists in the world and his name was immortalised for evermore. A Life In Vision takes you on a visual journey of his extraordinary career from child actor to international superstar with many previously unseen photos that document virtually every facet of over fifty years in the entertainment business along with narrative from Genesis aficionado Alan Hewitt. This limited edition hardback book is housed in a custom made presentation box, includes a set of prints and is a valuable addition to the bookshelf of any self-respecting fan.