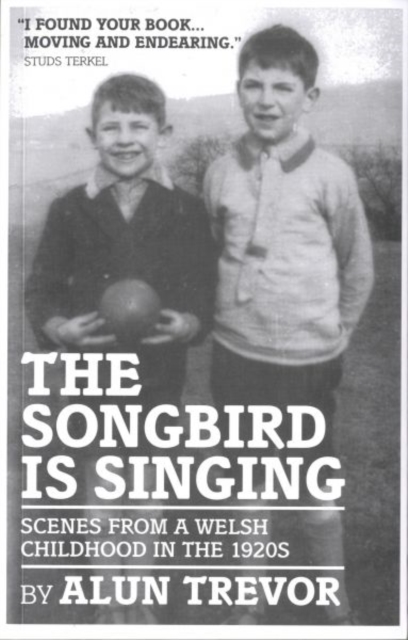 The Songbird is Singing : Scenes from a Welsh Childhood in the 1920's Paperback / softback

Despite talk of bulls, bears and stock-market crashes, the depression meant little to young brothers Alun and Arthur as they carved their initials into the sycamore tree below Hope Mountain; read Mark Twain and longed to see the great ships that would bring their father home.

Eagerly they follow the progress of their father, famous Welsh tenor Jabez Trevor, as he tours North America season after season, the Welsh Imperial Singers packing concert halls coast to coast and their dad sending home postcards, letters and presents from Chicago, Winnipeg, New York - Eight-year-old Arthur hated to read and write, sang like a songbird and wished only for a real leather case football like Dixie Dean.

The future was wide open, but tragically for Arthur it never came any closer than the makeshift football pitch on the flat field at Pen-y-Wern farm.

Now, eighty years on, his brother Alun recalls those early days with a joyful immediacy in this haunting, music-filled memoir of a time long gone, but still glowing with life.