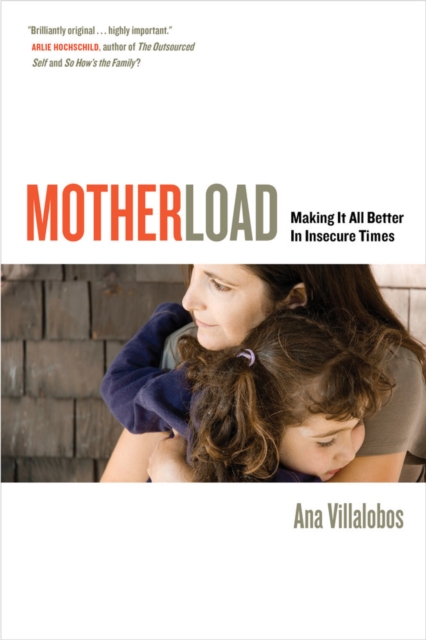 Motherload : Making It All Better in Insecure Times Paperback / softback

In a time of economic anxiety, fear of terrorism, and marital uncertainty, insecurity has become a big part of life for many American mothers.

With bases of security far from guaranteed, mothers are often seeking something they can count on.

In this beautifully written and accessible book, Ana Villalobos shows how mothers frequently rely on the one thing that seems sure to them: the mother-child relationship.

Based on over one hundred interviews with and observations of mothers single or married, but all experiencing varying forms of insecurity in their lives Villalobos finds that mothers overwhelmingly expect the mothering relationship to "make it all better" for themselves and their children.

But there is a price to pay for loading this single relationship with such high expectations.

Using detailed case studies, Villalobos shows how women's Herculean attempts to create various kinds of security through mothering often backfire, thereby exhausting mothers, deflecting their focus from other possible sources of security, and creating more stress. That stress is further exacerbated by dominant ideals about "good" mothering ideals that are fraught with societal pressures and expectations that reach well beyond what mothers can actually do for their children.