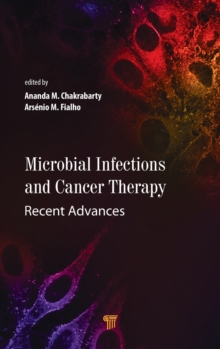 This book deals with the emerging concept that certain pathogenic bacteria and viruses, when infecting people with cancer, actively fight tumors, allowing their regression.

Although such observations go back more than 100 years, use of specific bacterial strains, or viruses, usually genetically modified with known anticancer drugs, and their protein/peptide products, has gained ground in recent years, allowing significant cancer regression in clinical trials with stage III/IV cancer patients or even in pediatric brain tumor patients, often without any demonstration of toxicity.

It is composed of 12 chapters written by pioneers in microbial, biotech, and cancer research and covers the emerging roles of various microorganisms and their products in cancer therapy.

The book highlights the benefits of using conventional cancer treatments (such as chemo- and radiotherapies) with microbial-based therapies.

Such combinatorial therapies have gained particular attention as a strategy to overcome drug resistance, and the readers of the book will discover their impact on fundamental research and promising results from clinical trials.