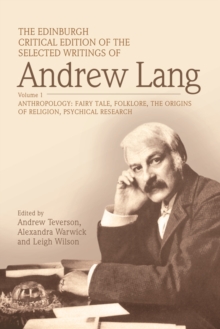 Neglected since his death, partly because of the diversity of his interests and the volume of his writing, his cultural centrality and the interdisciplinary nature of his work make him a vital figure for contemporary scholars. The volume demonstrates Lang's central position in the literary culture of his day.

It includes the most important examples of his literary journalism, his historical and his biographical writing.

In these works, Lang engages with the most important literary critical issues of the period -- whether the novel is entertainment or art, the professionalization of writing, the function of fiction and criticism - and writes on some of the central literary figures of the century such as Tennyson, Dickens and Zola.

In his writings on Scotland, history and biography too the selected work shows not only the complexity and inter-disciplinary nature of his own thought but illuminates contemporary debates on the nature of genius, on national identity and on historical method. Key Features: Unpublished archival materialCritical introductions to the major areas of his workFull explanatory notesAndrew Teverson is Professor of English Literature and Associate Dean for the Faculty of Arts and Social Sciences at Kingston University, London.

His research centres on the use and meaning of fairy tales, and he has published both on the employment of them in contemporary writing and on the historical development of the form.

He is the author of Fairy Tale (Routledge, 2013). Alexandra Warwick is Professor of English Studies and Head of the Department of English, Linguistics and Cultural Studies at the University of Westminster.

Her research is on Victorian culture, in particular the fin de siecle.

Leigh Wilson is Reader in Modern Literature in the Department of English, Linguistics and Cultural Studies at the University of Westminster.

Her research focuses on modernism, on the place of supernatural and occult beliefs and practices in the late nineteenth and early twentieth centuries, and on the contemporary British novel.

She is the author of Modernism and Magic: Experiments with Spiritualism, Theosophy and the Occult (EUP, 2013). 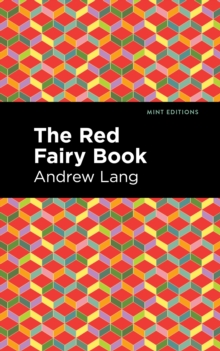 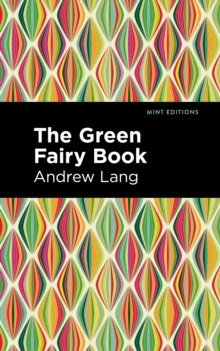 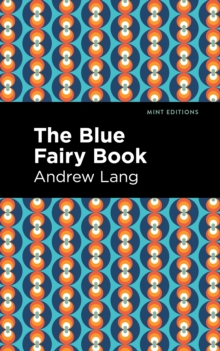 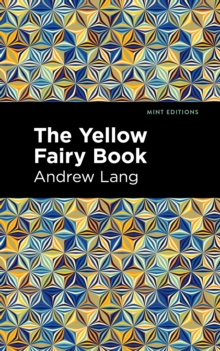