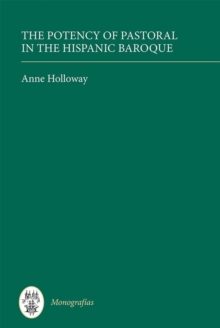 The Potency of Pastoral in the Hispanic Baroque Hardback

In her analysis of the verse of representative poets of the Hispanic Baroque, Holloway demonstrates how these writers occupy an Arcadia which is de-familiarised and yet remains connected to the classical origins of the mode.

The tradition of the pastoral as a site for the discussion of 'great matters in the forest' has deep roots, and re-emerges to praise the urban hearts of empire. Furthermore, it proves to be a site of spiritual encounter--a poetic space that frames the staging of indigenous conversion in the poetry of Diego Mexia and Fernando de Valverde. Within the intricacies of this literary construct, surface artistry sustains an effect of artless innocence that is vibrantly contested across the secular, sacred, parodic and colonial text. Anne Holloway is a Lecturer in Spanish, Queen's University Belfast.