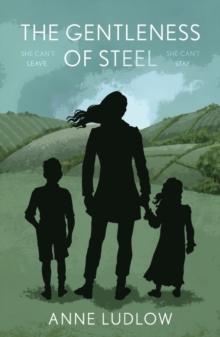 The GENTLENESS of STEEL Paperback / softback

1960s, England. Adie wants to be free. For ten years her husband, Bill, has kept her in a prison constructed of fear.

She knows if she ever leaves, he will kill her - and now that same fear has invaded the lives of her children.

She knows the police won't help; run on home and be a good wife, they'd say.

Risking it all, she dares everything to get herself and her children away from his influence, fleeing far and wide and hiding amongst ordinary people to escape her husband's wrath.

Bill learnt early in life how to use terror as a means to get what he wanted.

Until now his methods have worked. When the realisation dawns that his wife and children have escaped him, he embarks on a journey to uncover them with dark desires plaguing his every step.

With violence shimmering on the horizon, only the courage of ordinary people can stand between Adie and the man who seeks to destroy not only everything that she is, but her life as well.