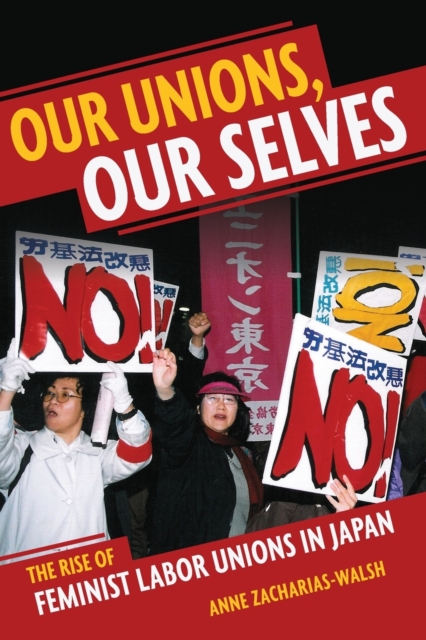 Our Unions, Our Selves : The Rise of Feminist Labor Unions in Japan Paperback / softback

In Our Unions, Our Selves, Anne Zacharias-Walsh provides an in-depth look at the rise of women-only unions in Japan, an organizational analysis of the challenges these new unions face in practice, and a firsthand account of the ambitious, occasionally contentious, and ultimately successful international solidarity project that helped to spark a new feminist labor movement.

In the early 1990s, as part of a larger wave of union reform efforts in Japan, women began creating their own women-only labor unions to confront long-standing gender inequality in the workplace and in traditional enterprise unions.

These new unions soon discovered that the demand for individual assistance and help at the bargaining table dramatically exceeded the rate at which the unions could recruit and train members to meet that demand.

Within just a few years, women-only unions were proving to be both the most effective option women had for addressing problems on the job and in serious danger of dying out because of their inability to grow their organizational capacity.

Zacharias-Walsh met up with Japanese women's unions at a critical moment in their struggle to survive.

Recognizing the benefits of a cross-national dialogue, they teamed up to host a multiyear international exchange project that brought together U.S. and Japanese activists and scholars to investigate the links between organizational structure and the day-to-day problems nontraditional unions face, and to develop Japan-specific participatory labor education as a way to organize and empower new generations of members.

They also gained valuable insights into the fine art of building and maintaining the kinds of collaborative, cross border relationships that are essential to today's social justice movements, from global efforts to save the environment to the Fight for $15 and Black Lives Matter. -- Cornell University Press