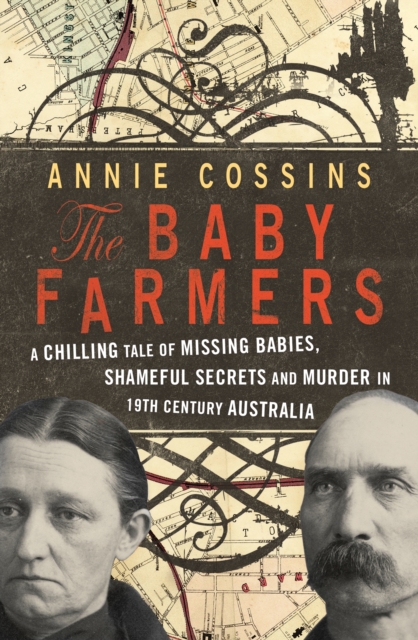 'The book's power stems from its devastating details; Cossins establishes a tone so vivid it's reminiscent of Dickens.' Publishers Weekly starred reviewIn October 1892, a one-month-old baby boy was found buried in the backyard of Sarah and John Makin, two wretchedly poor baby farmers in inner Sydney.

In the weeks that followed, 12 more babies were found buried in the backyards of other houses in which the Makins had lived.

This resulted in the most infamous trial in Australian legal history, and exposed a shocking underworld of desperate mothers, drugged and starving babies, and a black market in the sale and murder of children. Annie Cossins pieces together a dramatic and tragic tale with larger than life characters: theatrical Sarah Makin; her smooth-talking husband, John; her disloyal daughter, Clarice; diligent Constable James Joyce, with curious domestic arrangements of his own; and a network of baby farmers stretching across the city.

It's a glimpse into a society that preferred to turn a blind eye to the fate of its most vulnerable members, only a century ago.