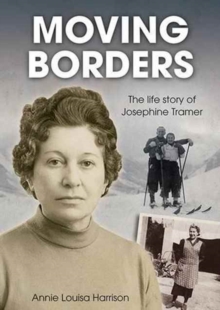 A remarkable and true story of a woman who escaped Nazi occupied Austria in her twenties.

She met the author when she was nearly eighty years old.

Josephine Telford was an elderly lady who talked about her past, gave clues, but hid nearly as much as she told.

In her lifetime a person's race and faith had resulted in persecution and death.

There were friends, but no living relatives, to mourn her when she died, in a nursing home, at the age of one hundred.

She had talked about a tin box containing her documents.

The box was handed to the author on the day before her funeral.

It contained enough information for the recipient to embark on a journey of discovery.

Born Josephine Tramer, her story resonates with the issues of our times.

She escaped persecution, lost her family, served in the British Army, paid her dues and was proud of this country.