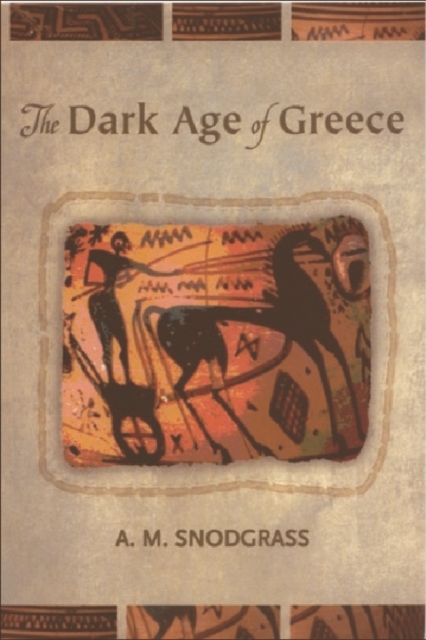 The Dark Age of Greece : An Archaeological Survey of the Eleventh to the Eighth Centuries BC Paperback / softback

"To be the first full and convincing historian of obscure centuries and the interpreter of a difficult and unpromising material culture is more than falls to most scholars in the course of a lifetime." So wrote the anonymous TLS reviewer in 1972.

The Dark Age of Greece is now reissued with an extensive foreword in which the author considers what effect three decades of research and scholarship have had on his original findings and arguments.

Professor Snodgrass constructs a narrative of four centuries of Greek history from an exhaustive synthesis of literary and archaeological evidence - pottery, burial-practices, architecture and metalwork, and what can be discovered of religion, commerce, and language.

He argues that this was in truth a dark age, from the perspective both of scholarship and, more importantly, of the people who lived through it in poor, isolated communities, conscious of lost skills and departed glories.

The recession was caused, he shows, not by external factors but by processes of internal collapse. And yet, although the book reveals material discontinuity, its ultimate conclusion is that at the most fundamental level of culture, human population, a continuity can be discerned, between the greatness of Mycenae and the rebirth of urban civilization, the dawning of the Classical age.

The Dark Age of Greece remains the most comprehensive and coherent account of this period in the history of ancient Greece.

It is a vital source of ideas and evidence for students, as full of interest as ever for the general reader.