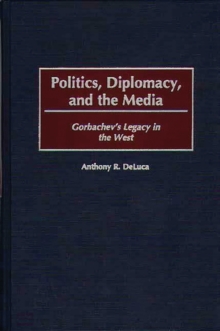 Politics, Diplomacy, and the Media : Gorbachev's Legacy in the West Hardback

Mikhail Gorbachev was a major force at the center of political change in the latter half of the 20th century.

His emphasis on the spoken word and the visual image was so pronounced that the character of the reform program he introduced became both a reflection and an extension of his own political persona.

To promote his political program, Gorbachev depended upon the media to assist him in delivering his message and restructuring the Soviet experience; it was almost as if he believed that he could talk a revolution into existence.

He hoped to promote both real and symbolic change, but found instead that such efforts led to his own downfall. Gorbachev's case is an example of the power of personality in transforming a political culture.

The author organizes his material into three topic areas: perestroika, glasnost, and New Thinking in foreign policy; and, in each of these areas he highlights Gorbachev's relations with the media, his public image, and the political influence of the media.

Gorbachev's New Thinking influenced Soviet foreign policy and set in motion a change in the international environment, as he preached disarmament and international understanding as opposed to military confrontation and nuclear conflict.

The net result, however, was the loss of the Soviet Empire in Eastern Europe and the end of the Soviet Union's superpower status. 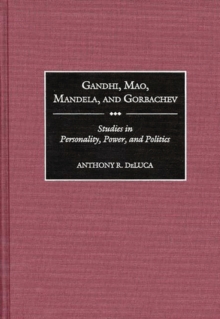