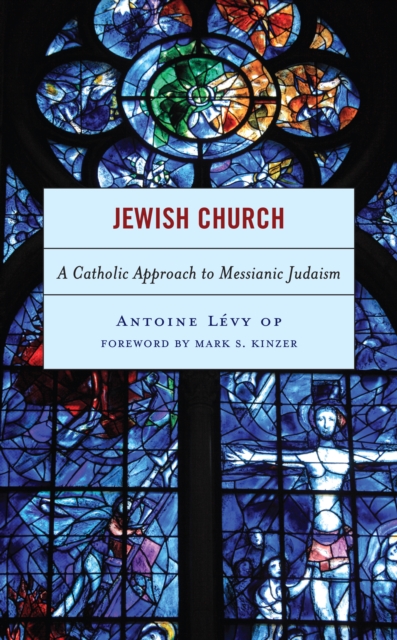 The idea of a Jewish Church has been banned from the Christian horizon for almost two millennia.

But things are changing. Since the middle of the 70s the Messianic Jewish movement has strived to build an ecclesial home for all Jewish believers in Christ.

This new phenomenon brings to life issues that had disappeared since the first centuries of the Church.

What does it mean to be a Jew in the Church? Should there be a distinction between Jews and non-Jews among believers in Christ?

Is such a distinction compatible with the unity of the whole Body of Christ so ardently preached by Paul?

What lifestyle should this Church promote? In his various works, Mark Kinzer, a prominent Messianic Jewish theologian, has attempted to provide substantial answers to these questions.

Antoine Levy is a Dominican priest. With Kinzer, Levy has launched the "Helsinki Consultation", a cross-denominational gathering of Jewish theologians.

In Jewish Church: A Catholic Approach to Messianic Judaism, Levy examines Kinzer's positions critically, bringing forward an alternative vision of what a "Jewish Church" could and should be.

This is only the beginning of what promises to be a fascinating discussion.