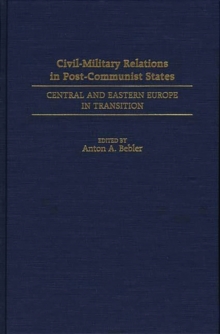 This edited collection brings together experts from Europe and the United States to examine how the foundering of the autocracies of Central and Eastern Europe brought about important changes in civil-military relations.

Divided into three parts, the volume focuses on international organizations (NATO, WEU, OSCE) and Central-East Europe, the problems of transition to democracy in the region, and relevant developments elsewhere in the world.

The work explores the following trends: the increased transparency of defense politics; civilianization of the defense ministries; personnel changes in the upper echelons of the military; national emancipation and new security doctrines; political neutralization of the armed forces; discontinuation of the military's internal security role; and ideological pluralization, among others.

An important volume for scholars and students in comparative politics, international relations, and the military and politics.

Also by Anton A. Bebler 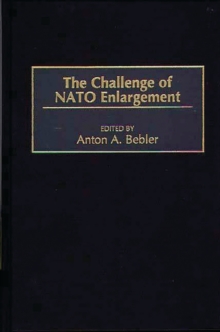 The Challenge of NATO Enlargement