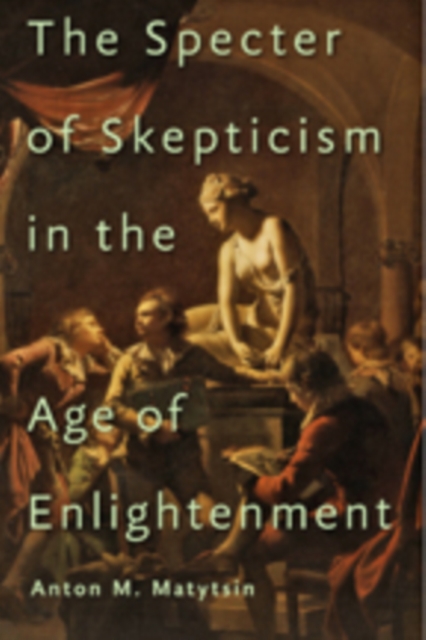 The Specter of Skepticism in the Age of Enlightenment Hardback

The ancient Greek philosophy of Pyrrhonian skepticism spread across a wide spectrum of disciplines in the 1600s, casting a shadow over the European learned world.

They also questioned long-standing philosophical assumptions and, at times, undermined the foundations of political, moral, and religious authorities.

How did eighteenth-century scholars overcome this skeptical crisis of confidence to usher in the so-called Age of Reason? In The Specter of Skepticism in the Age of Enlightenment, Anton Matytsin describes how skeptical rhetoric forced philosophers to formulate the principles and assumptions that they found to be certain or, at the very least, highly probable.

In attempting to answer the deep challenge of philosophical skepticism, these thinkers explicitly articulated the rules for attaining true and certain knowledge and defined the boundaries beyond which human understanding could not venture. Matytsin explains the dialectical outcome of the philosophical disputes between the skeptics and their various opponents in France, the Dutch Republic, Switzerland, and Prussia.

He shows that these exchanges transformed skepticism by mitigating its arguments while broadening the learned world's confidence in the capacities of reason by moderating its aspirations.

Ultimately, the debates about the powers and limits of human understanding led to the making of a new conception of rationality that privileged practicable reason over speculative reason.

Matytsin also complicates common narratives about the Enlightenment by demonstrating that most of the thinkers who defended reason from skeptical critiques were religiously devout.

By attempting either to preserve or to reconstruct the foundations of their worldviews and systems of thought, they became important agents of intellectual change and formulated new criteria of doubt and certainty.

This complex and engaging book offers a powerful new explanation of how Enlightenment thinkers came to understand the purposes and the boundaries of rational inquiry.