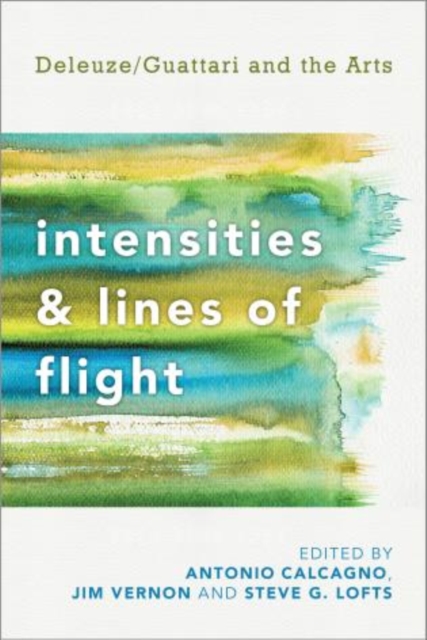 Intensities and Lines of Flight : Deleuze/Guattari and the Arts Paperback / softback

The writings of Gilles Deleuze and Felix Guattari offer the most enduring and controversial contributions to the theory and practice of art in post-war Continental thought.

However, these writings are both so wide-ranging and so challenging that much of the synoptic work on Deleuzo-Guattarian aesthetics has taken the form of sympathetic exegesis, rather than critical appraisal. This rich and original collection of essays, authored by both major Deleuzian scholars and practicing artists and curators, offers an important critique of Deleuze and Guattari's legacy in relation to a multitude of art forms, including painting, cinema, television, music, architecture, literature, drawing, and installation art.

Inspired by the implications of Deleuze and Guattari's work on difference and multiplicity and with a focus on the intersection of theory and practice, the book represents a major interdisciplinary contribution to Deleuze-Guattarian aesthetics.