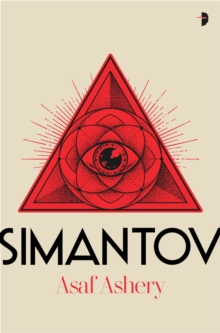 When detective Mazzy Simantov is called up to investigate the case of a missing girl, little does she know it is linked to a series of other mysterious disappearances of women.

She is forced to partner with Yariv, her one-time lover and sometimes-colleague, but as the investigation continues, otherworldly clues begin to appear at the crime scenes, including a black feather unlike that of any bird...As the clues mount, it becomes clear that an apocalypse is looming, as Heaven's secret orders threaten to collide in a head-on war that imperils everyone on Earth.

Can Mazzy and Yariv come together to save the world from being torn apart?This is the English translation from the original Hebrew text, translated by Marganit Weinberger-Rotman.File Under: Fantasy [ Bad Omens | Angels & Humans | Apocalypse Now | Big Guns ]