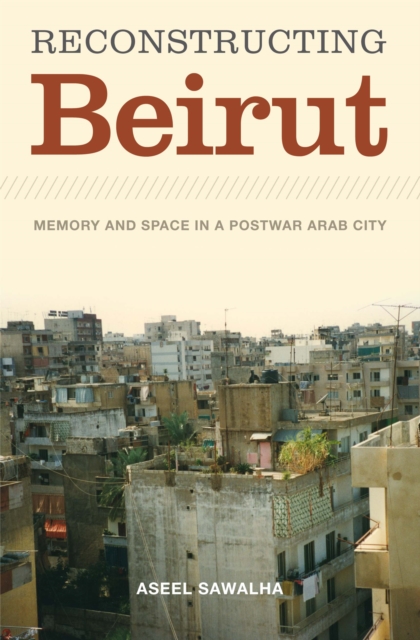 Part of the Jamal and Rania Daniel Series in Contemporary History, Politics, Culture, and Religion of the Levant series

Once the cosmopolitan center of the Middle East, Beirut was devastated by the civil war that ran from 1975 to 1991, which dislocated many residents, disrupted normal municipal functions, and destroyed the vibrant downtown district.

The aftermath of the war was an unstable situation Sawalha considers "a postwar state of emergency," even as the state strove to restore normalcy.

This ethnography centers on various groups' responses to Beirut's large, privatized urban-renewal project that unfolded during this turbulent moment.

At the core of the study is the theme of remembering space.

The official process of rebuilding the city as a node in the global economy collided with local day-to-day concerns, and all arguments invariably inspired narratives of what happened before and during the war.

Sawalha explains how Beirutis invoked their past experiences of specific sites to vie for the power to shape those sites in the future.

Rather than focus on a single site, the ethnography crosses multiple urban sites and social groups, to survey varied groups with interests in particular spaces.

The book contextualizes these spatial conflicts within the discourses of the city's historical accounts and the much-debated concept of heritage, voiced in academic writing, politics, and journalism.

In the afterword, Sawalha links these conflicts to the social and political crises of early twenty-first-century Beirut.