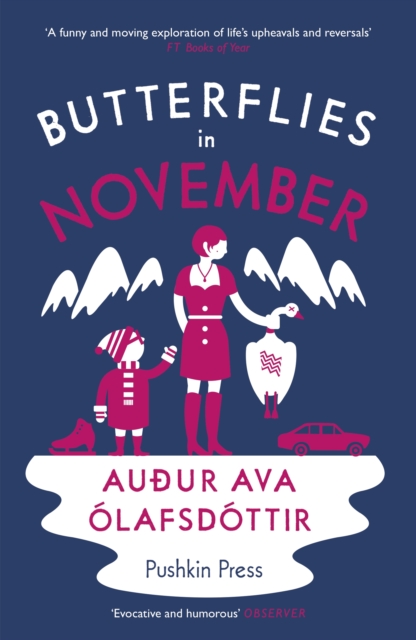 But when a shared lottery ticket turns the oddly matched pair into the richest people in Iceland, she and the boy find themselves on a road trip across the country.

With cucumber hotels, dead sheep, and any number of her exes on their tail, Butterflies in November is a blackly comic and uniquely moving tale of motherhood, friendship and the power of words.

Audur Ava Olafsdottir was born in Iceland in 1958, studied art history in Paris and has lectured in History of Art.

Her earlier novel, The Greenhouse (2007), won the DV Culture Award for literature and was nominated for the Nordic Council Literature Award, and her other titles have been translated into 16 languages.

She currently lives and works in Reykjavik as the director of the University of Iceland's Art Museum. 'Beautifully crafted and translated... Carefully observed, sensuously written, and often darkly comic' Booktrust