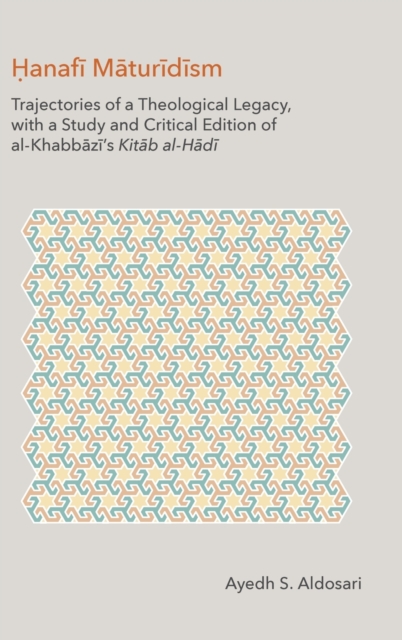 The Hanafi Maturidism : Trajectories of a Theological Legacy, with a Study and Critical Edition of Al-Khabbazi's Kitab Al-Hadi Hardback

Part of the Monographs in Arabic and Islamic Texts series

This book provides an analytical study of the Maturidite school of theology.

Affiliated with the Hanafite school of jurisprudence, the Maturidites represented one of the most influential schools of scholastic theology (kalam) in Sunni Islam.

Attempting to fill the historical gaps in the study of early and classical Maturidite thought and scholarship, this work explores not only the rise of the school, but also maps out seminal phases in its subsequent intellectual development.

With a concern for context and relevance, it offers key insights into the literary legacy of the school, covering the work of its founder and later Maturidite theologians.

The study includes a critical Arabic edition of the treatise entitled al-Hadi (The Guide), authored by one of the luminaries of the school, al-Imam al-Khabbazi (d. 691 AH/ 1292 AD). The work served as an important repository of Maturidite theological thought preserving significant discussions elaborated within the school and their impact upon later theological discourses.