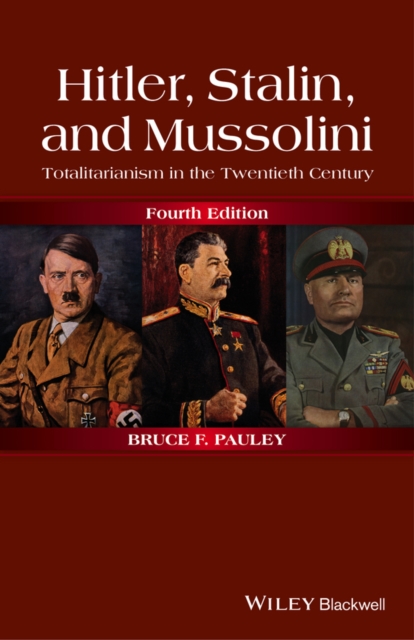 The fourth edition of Hitler, Stalin, and Mussolini: Totalitarianism in the Twentieth Century presents an innovative comparison of the origins, development, and demise of the three forms of totalitarianism that emerged in twentieth-century Europe. * Represents the only book that systematically compares all three infamous dictators of the twentieth century * Provides the latest scholarship on the wartime goals of Hitler and Stalin as well as new information on the disintegration of the Soviet empire * Compares the early lives of Hitler, Stalin, and Mussolini, their ideologies, rise to and consolidation of power, and the organization and workings of their dictatorships * Features topics organized by themes rather than strictly chronologically * Includes a wealth of visual material to support the text, as well as a thorough Bibliographical Essay compiled by the author