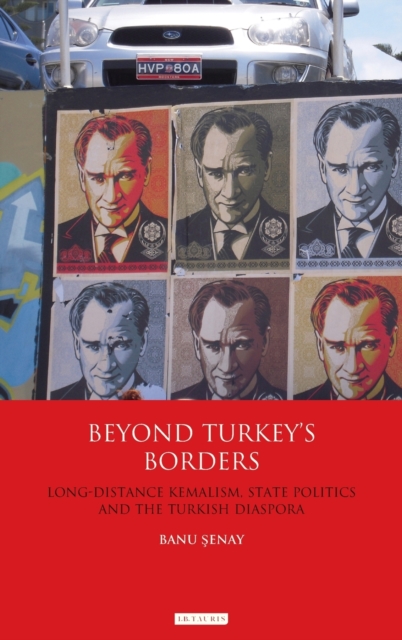 Part of the International Library of Ethnicity, Identity and Culture series

In an increasingly connected world, the engagement of diasporic communities in transnationalism has become a potent force.

Instead of pointing to a post-national era of globalised politics, as one might expect, Banu Senay argues that expanding global channels of communication have provided states with more scope to mobilise their nationals across borders.

Her case is built around the way in which the long reach of the proactive Turkish state maintains relations with its Australian diaspora to promote the official Kemalist ideology.

Activists invest themselves in the state to 'see' both for and like the state, and, as such, Turkish immigrants have been politicised and polarised along lines that reflect internal divisions and developments in Turkish politics. This book explores the way in which the Turkish state injects its presence into everyday life, through the work of its consular institutions, its management of Turkish Islam, and its sponsoring of national celebrations.

The result is a state-engineered transnationalism that mobilises Turkish migrants and seeks to tie them to official discourse and policy. Despite this, individual Kemalist activists, dissatisfied with the state's transnational work, have appointed themselves as the true 'cultural attaches' of the Turkish Republic.

It is the actions and discourses of these activists that give efficacy to trans-Kemalism, in the unique migratory context of Australian multiculturalism.

Vital to this engagement is its Australian backdrop - where ethnic diversity policies facilitate the nationalising initiatives of the Turkish state as well as the bottom-up activism of Ataturkists.

On the other hand, it also complicates and challenges trans-Kemalism by giving a platform to groups such as Kurds or Armenians whose identity politics clash with that of Turkish officialdom. An original and insightful contribution on the scope of transnationalism and cross-border mobilisation,this book is a valuable resource for researchers of politics, nationalism and international migration.