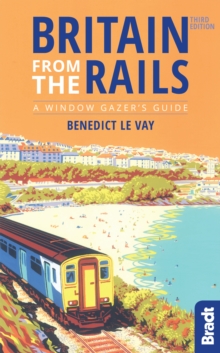 Britain from the Rails Paperback / softback

Part of the Bradt Travel Guides (Bradt on Britain) series

Expert railway enthusiast Ben le Vay returns with a new edition of his much-acclaimed guide to discovering Britain from the rails.

This latest edition adds new lines and destinations in Britain's fast-changing railway, while updating the guide to the classic greats.

Thoroughly updated, it includes a full, fascinating guide to the new Borders Railway in Scotland, plus details of the new route from London to Oxford and expanded coverage of the eccentric Jolly Fisherman line in Lincolnshire and the charming Cotswold line from Oxford to Hereford.

Also included are more details of the Far North line from Inverness to Wick and Thurso. 'Now, finally, the network has a book to be proud of!' So said one reviewer of the first edition.

Branch lines and 'secret railways' are covered, and so too are the popular routes such as the glorious East Coast main line to Scotland and the Great Western to Penzance.

Regional treats include the famed West Highland Line in Scotland, the Settle and Carlisle railway in the north of England, and entire chapters dedicated to 'Wales Rails' and 'East Anglia: A Circular Tour'.

Additional information ranges from the practical - such as a guide to the layout of some of the country's main termini - to the 'Inside Track: a window-gazer's guide to stuff to look out for on your journey' and intriguing train trivia.

The best historic and preserved railways are also included, as are Ben's Top Ten Rail Journeys.

Ben le Vay says: 'There are endless books about trains, about the history of the railways, about stations, signal boxes, carriages, wagons. as specialist as you like. There are also myriad books about British cities and countryside, about what is wonderful and fascinating about different patches of our unique island.

But there were none that successfully combined the one type of book with the other (after all, you look at the country while sitting on trains) until now. And this is I do with deep knowledge, love and enthusiasm for both parts.' 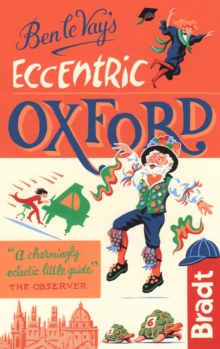 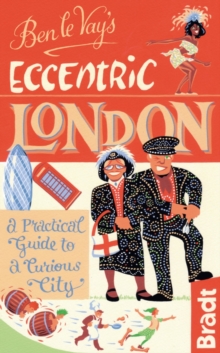 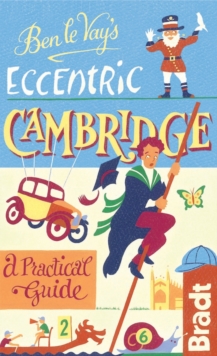