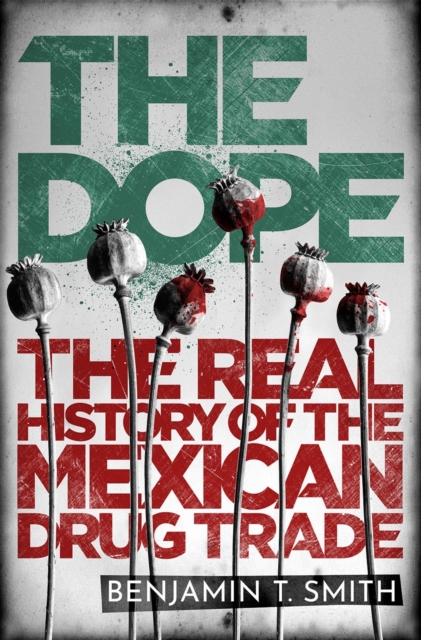 The Dope : The Real History of the Mexican Drug Trade Hardback

'Magisterial and immensely readable... True crime at its historical best, replete with all the larger-than-life characters and thrills and spills of a Netflixnarco drama' -- Financial Times'Benjamin T.

Smith unearths the twisted roots of the catastrophic drug war.

A fascinating, surreal and tragic tale' -- Ioan Grillo'A compelling narrative that at last gives us a history-for-all of Mexico's all-out drug war' -- Ed VulliamyDiscover the real story behind the headlines. The Mexican drug wars have inspired countless articles, TV shows and movies.

From Breaking Bad to Sicario, El Chapo's escapes to Trump's tirades, this is a story we think we know.

But there's a hidden history to the biggest story of the twenty-first century.

The Dope exposes how an illicit industry that started with farmers, families and healers came to be dominated by cartels, kingpins and corruption.

Benjamin T Smith traces an unforgettable cast of characters from the early twentieth century to the modern day, whose actions came to influence Mexico as we now know it.

There's Enrique Fernandez, the borderlands trafficker who became Mexico's first major narco and one of the first victims of the war on drugs; Eduardo 'Lalo' Fernandez, Mexico's most prominent heroin chemist and first major cocaine importer; Leopoldo Salazar Viniegra, the brilliant doctor and Marxist who tried (and failed) to decriminalize Mexico's drugs; and Harry Anslinger, the head of the Federal Bureau of Narcotics whose sensationalist strategies paved the way for U.S. interference and the extraordinary levels of violence in Mexico today. The Dope is the epic saga of how violence and corruption came to plague modern Mexico, and the first book to make sense of the political and economic big picture of the Mexican drug wars.