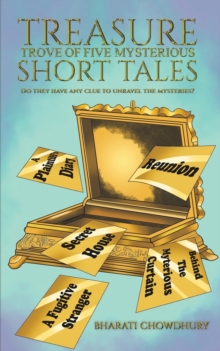 Treasure Trove of Five Mysterious Short Tales : Do they have any clue to unravel the mysteries? Paperback / softback

Do they have any clue to unravel the mysteries. The sage-like stepfather, Joseph Simpson, used to mollycoddle his stepson, Patrick, who did not care a fig for him.

Exhuming Josephs body after his demise, he was found poisoned to death.

Who was the culprit?Somebody was stealing the valuable items from an elderly couples house umpteenth time.

The thief remained invisible leaving the house as spooky.

Who was the wrongdoer?Just one day before the release of the award-winning novel, its publisher, Mr Gilbert, was found lying dead.

Was it a heart attack? A murder? Or a suicide?A happy reunion between Susan and a UK based university professor after