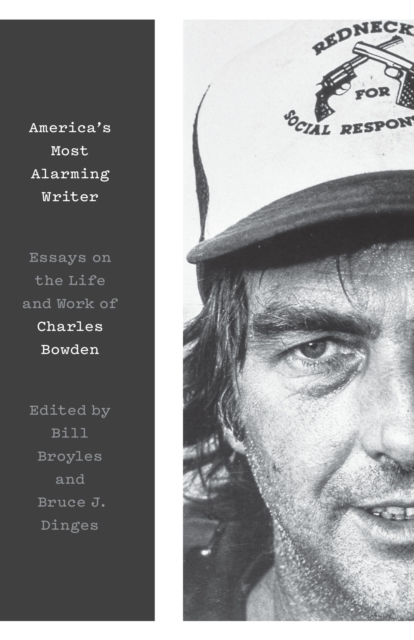 America's Most Alarming Writer : Essays on the Life and Work of Charles Bowden Hardback

The author of more than twenty books and a revered contributor to numerous national publications, Charles Bowden (1945-2014) used his keen storyteller's eye to reveal both the dark underbelly and the glorious determination of humanity, particularly in the borderlands between the United States and Mexico.

In America's Most Alarming Writer, key figures in his life-including his editors, collaborators, and other writers-deliver a literary wake for the man who inspired them throughout his forty-year career. Part revelation, part critical assessment, the fifty essays in this collection span the decades from Bowden's rise as an investigative journalist through his years as a singular voice of unflinching honesty about natural history, climate change, globalization, drugs, and violence.

As the Chicago Tribune noted, "Bowden wrote with the intensity of Joan Didion, the voracious hunger of Henry Miller, the feral intelligence and irony of Hunter Thompson, and the wit and outrage of Edward Abbey." An evocative complement to The Charles Bowden Reader, the essays and photographs in this homage brilliantly capture the spirit of a great writer with a quintessentially American vision.