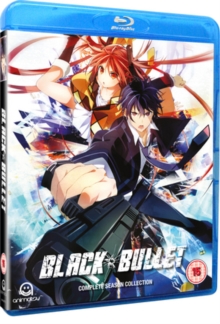 All 13 episodes of the Japanese anime series directed by Seiji Kishi.

Set in the year 2031, ten years after a deadly virus destroyed the majority of the Earth's population, the few survivors discover a new metal called Varanium which can protect them against future bouts of the virus.

The episodes are: 'The Last Hope', 'The Mask of Madness', 'The Children of Fate', 'Black Bullet', 'The Crimson Black Assassin', 'Tragic Irony', 'The Still, Moonlit Night, the Sky at Dawn', 'The Monument On the Border', 'The Guardians of the Barrier', 'The Battle for Tokyo Area', 'The Heart of Taurus, the Lance of Light', 'Crisis Point' and 'They Who Would Be Gods'.